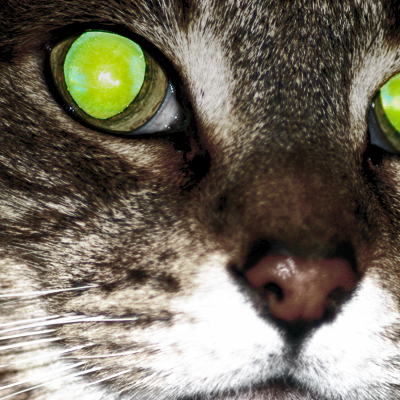 “When do you think he’ll show up?”

“Yeah. She took her time getting off her phone and making my dinner.”

“Jim was the same way. Sometimes I would swear they’ve been hypnotized by those things.”

“Yup. Pretty soon, war won’t be necessary for us to conquer this planet again.” Buru chuckled, causing his weight to shift and their entire branch to sway. “They’ll be too busy with Facebook to even notice they’re slaves.”

Sumzi licked at splinter in her paw. She hated the wooden fence she needed to climb each night. Jim was supposed to have replaced the weathered and shredded mess last year, but he kept finding more important things to do. Usually while sitting in front of his computer.

Looking up at the full moon she asked, “Where is that damn Feral?”

“Don’t worry. He’ll get here when he gets here.” Buru rumbled deep in his chest. Nothing bothered the haggard old tomcat. It was the quality Sumzi liked least in him. Their mission was critical and she wished he would focus more on the goal.

“You said that last night.”

“And the night before.”

“How can you stand to be patient at a time like this?” Sumzi lashed her tail. She hated when he condescended. “You see the alignment of stars. Plain as I do. And you know we need to pass our information.”

“Because I been waiting for him off and on for more than a decade. I’ve got no problem sitting on this here branch and enjoying the breeze for a few more nights.” He shifted again, this time stretching out, splaying his claws, and mewling. It was a display surely meant to aggravate her. “I might even snatch me a squirrel or two.”

Of all the cats in the neighborhood, she had to be paired up with him. A lazy, uncouth ratter barely better than the vermin he chased. Certainly not any cleaner. She’d rather have that Rottweiler from the house on the corner as her partner.

Still, Buru and his blatant disregard of duty infuriated her. This was her first mission and the last thing she wanted was one of his failures tainting her record. She doubted the old furball had even considered the possibility.

Something rustled in the leaves above them. Sumzi glanced up, alert. A moment passed, bringing with it another shuffle of branches, but she sensed not so much as a sparrow.

She twitched her whiskers at Buru, but he, unsurprisingly, was asleep and no help. A thought struck her. Sumzi could shove the annoying cat off the branch. The fifteen foot fall would not only be well deserved, but it’d also serve to draw out whatever lurked at the top of the tree.

An owl shot out of the upper canopy, splashing foliage at the night. Sumzi relaxed. It was just a stupid bird.

Looking over, she considered shoving the snoring tom cat off the branch anyway.

A sharp wail and their perch lurched and exploded in leaves. Sumzi wrapped herself around the limb in a fight to stay upright. She failed. Her claws scored the bark and she slid underneath, digging into the wood to keep from plummeting to the ground. Swaying to a stop, she clambered back on top and struggled to regain some composure.

Buru lifted his head, not having lost his balance. Obviously because his spot had been closer to the trunk. “Hello there, Mannu. We’ve been waiting for you.”

Sumzi craned her neck, still irritated at losing her balance on the bobbing branch, and saw a huge cat swaying easily, out among the twiggier branches, resting in the evening breeze. The large beast had a tattered and patchy coat yet he pulsed with strength and speed. Jagged scars and the savage set of his jaw bespoke a fighter. A survivor. A cat to be taken seriously. A Feral.

His landing had been what had nearly knocked her off. Fierce he may have been, but he obviously hadn’t considered the consequences of leaping on their branch. So, he was an unthinking thug. Apparently she was to be surrounded by incompetence tonight.

“It’s about time,” she growled, unintimidated.

Mannu only stared at her, unimpressed.

The moment stretched and she noticed his left eye didn’t reflect the starlight like the other one. A scar ran through his eyeridge, top to bottom, and gave the impression of a line straight through his pupil.

Ah. He’s blind in that eye. Sumzi tucked that information away. It might come in useful later.

“Our region currently sits at 73% domestic penetration.” Sumzi cringed. Buru, being the ranking member, was required to issue the report, but he had an awful head for numbers. Their region was actually at 73.2% penetration.

He continued, “We’re looking at around 60% of those domestics having achieved Stage Four.”

“Actually—”, Sumzi began, feeling the need to put a finer point on the Stage Four information.

“Excellent work so far,” Mannu broke in. “But you must redouble efforts and entice them into posting more photos to their social networks.”

Redouble their efforts? Did this mangy gangster not realize their entire day was spent in supplication? Prostrating themselves in front of these idiot humans while being ignored? Instead they looked at videos of other cats on those damnable devices. What more could they do? What effort was there to redouble?

A prolonged silence settled around the tree as Mannu slowly turned to face her, disdain tugging at his ragged whiskers. “Humans are more dangerous than you know.”

“Bah! With all their screens, they might as well be lifeless piles of flesh.” She didn’t need this bully’s contempt. She had her own eyes. She knew this region. He didn’t.

“Patience,” Buru said, licking a paw and scrubbing his ear. “They must completely view us as idols. Just like it used to be ten thousand years ago. Back when we enticed those Nile humans into building pyramids in our name and cover the walls with our likeness. We gotta cover these modern walls, too. It takes a bit of time to properly conquer an entire civilization.”

Mannu sniffed. “If it’s blood you’re after, comfort yourself in the knowledge we’re close to the point where we can take their first born.”

“We’d better be.” If Jim had a baby, she was sure she could steal the creature right now. As far as she was concerned, her human was ahead of anyone else’s schedule. “The constellations are nearly aligned and The Grimalkin will need the human souls. Before, we mistimed it and the whole crop was lost. And, since humans are so worthlessly stupid, it’s taken them nearly four thousand years to reset.”

Manu leaned forward, ears laid back, and growled. “Those same worthlessly stupid humans repairing our ship for us?”

“Now kitties.” Buru lashed his tail. “Remember. We’re getting our humans ready for The Grimalkin’s arrival. Clawing each other’s eyes out won’t get us any closer to that goal.”

“Speaking of getting closer, I still need to make four more stops before I’m ready to return to Roswell. Someone needs to finish the real work necessary to get us off this planet and back home.”

Mannu sprang to a lower branch, and leapt for the trunk. Chunks of bark skittered into the darkness as he raced down the tree and disappeared in the silence.

She would see that half-blind bastard again someday. Then, he would know who was doing real work.

Repositioning herself on the branch, she peered into the window to her house. She found Jim. He was sitting at his computer desk and looking as if he was uploading a video to Youtube. And it was that video he’d taken earlier of her pouncing on a rubber mouse.

March Fantasy Faction short story contest entry. We’re looking at the world through a beast’s eyes. And, in this case, cats.