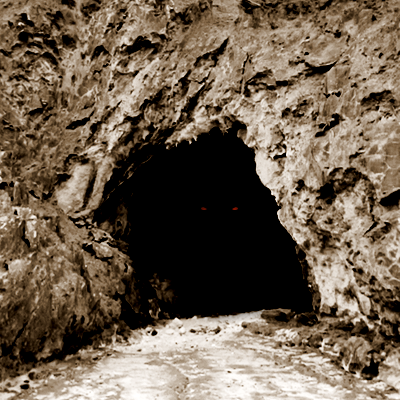 Trees were tumbled everywhere. It was as if a giant had thrashed them all down, making it difficult to reach the stony mountain top. Achieving the tree line had required them to abandon their horses an hour ago. Sir Giliam clambered over the last pile of mountain pine and placed his first boot down, outside the forest, on the mountain rock.

“We’ve done it, Patsy.” Sir Giliam drew his sword and lifted it aloft. “We will not be denied!”

“Patrick, sir. My name is Patrick.” The knight’s squire climbed over the last log, breathing hard.

“Yes, sir.” Patsy’s shoulders sagged and he dropped the three packs he’d been carrying, stretched, straightened, and knuckled at the kinks in his back. “Isn’t that its lair over there, sir? The one with the claw marks?”

Wait a minute. What’s this? I don’t like this story.

No. This is a terrible story. I die at the end.

[Lots of people die at the end of stories.]

But, I’m a fucking dragon!

Why are we even telling this story? This is stupid.

[Because it’s the theme of the month. Now, hush.]

I hate my job.

[Shhhhh. Where were we?]

Patsy stood near the tumbled packs, hands on his hips, looking at the sky, tapping his foot.

Still looking skyward and irritated, Patsy waved a hand in the direction of a gaping hole in the cliff. The rock, worn smooth as if a massive scaly body had eternally passed over it, had the occasional deep furrow. Cut as if by large, dangerous talons.

“Look,” said a scornful Patsy. “There are claw marks. In the stone. Over there. That way.” After a moment, he sighed and bent to pick up a flagon of water that had fallen from one of the packs.

“I believe you’re right, Patsy.” Sir Giliam scrambled across the stony path toward the cave.

“It’s Patrick,” came the muffled reply as Patsy, head buried in canvas, dug through the second pack for a blanket or two.

“The beast will pay with its life for the havoc its wreaked. The poor folk of… of…” The knight lowered his sword from where it was aimed at the opening and called to Patsy over his shoulder. “What was the name of that town again? The little farming village?”

Patsy finished folding the blanket and set it on a comfy-looking log. “North Hampshireford, sir.”

“Yes, right. They all sound alike, don’t they? Stay here and watch our packs, Patsy.” Giliam faced the mountain wall and its fierce opening again, striking what he considered his most majestic pose. He pointed his naked blade at the darkness and shouted, “Dragon, I come for you!”

Sir Giliam charged into the cave.

Patsy sat, relaxing on the folded blanket, and contemplated eating a bit of cheese. He would need the energy for the long hike back down the mountain. He almost forgot, “Good luck, sir.”

The inside of the cave was dark. Sir Giliam fostered a small regret about forgetting his torch, but knew he would be victorious still. He was a knight and knights always won the day.

Bones clattered underfoot as he shuffled through the dark cavern, hands running along the worn-smooth walls to keep his balance. Giliam could see nothing more than deep shadows layered upon deeper shadows.

Long moments of nothing but the sound of his shuffling soon gave way to slow, rumbling snores.

He was nearly to his prey.

Sir Giliam gripped his sword and broke from the wall as an enormous cavern yawned before him. He stood, feet shoulder-width apart, left hand on his hip, and broadsword pointed to the further dark and thundering shape ahead of him. He was indeed brave.

Sir Giliam opened his mouth to call a challenge the slumbering shadow ahead in the stony black.

“Go away.” The dragon’s voice barely registered apathy as it rolled over, large form facing away from the knight.

“I will not be dispatched so easily.” Sir Giliam shuffled carefully forward. “Beast, you will pay for the lives you’ve taken!”

“But, they were only a couple cows.”

“Yes, but cattle are lifeblood to the town of… of… New Hampfordson.” Sir Giliam would not be tricked by the wily beast. “Have at you, monster!”

He charged the dragon in the darkness.

A disappointed sigh rattled through the cave. “Oh good. I was just getting hungry.” The last bit was muffled as the dragon curled up into a ball, tucked its head beneath a leathery wing, and tried to go back to sleep.

Sir Giliam stumbled, but bravely recovered, and brought his blade down to crash into the dragon’s armored hide. The broadsword sparked and banged off the scales.

“Really?” the dragon mumbled from beneath its wing.

“I will not be deterred, foe!” Giliam swung again. The blade bounced again.

The dragon lifted its mighty head and snapped at the air reasonably near the half of the cave where the knight stood swinging. Having tried, fulfilling his battle obligations, the dragon tucked his head back beneath his wing and wished he could block out the sounds of the pesky human.

“Fearsome beast, I will eventually find the chink in your armor!” Giliam was sweating now, swinging hard, his effort in memory of lost cows and the tear-filled eyes of the town’s children. He swung again and again.

Finally rolling to its back, the dragon reached up with a huge taloned paw and massaged the bridge of its snout. It was getting a headache from all the clanging.

“Aha! Now for the throat!” When it had rolled over, the dragon had exposed a tiny, soft crack along its armored neck. “Ha! I score the critical blow!”

The knight brought the broadsword down cleanly, the lucky strike connecting with unarmored dragon flesh.

The dragon roared, “But, I’m a fu— What? That’s not supposed to happen. It doesn’t bounce.”

[He didn’t confirm his crit.]

“What?” said the dragon.

“What?” said the knight.

[Yeah, it’s a change in the rules with this new edition. Didn’t you get the memo?]

The dragon waited. Giliam winced, scratched at his chin, and eyed his sword.

[Okay then. All critical strikes need to be confirmed by a second roll. The rule helps ease some of the overpowered and random luck of rolling a natural twenty. It’s dark in here which made him fail his confirm roll. So, instead of a critical, the sword just scored a normal hit.]

Still staring at the ceiling, the dragon blinked. Twice.

“But that’s not how it’s supposed to happen,” said Sir Giliam. He had always been fast above the shoulders.

After realizing the words were spoken aloud, the knight very, very slowly lowered his gaze to the huge form of the dragon in front of him. He cautiously and carefully stepped backwards, creeping towards the cavern exit.

The dragon blinked again, realization finally settling, and swung its enormous head toward the retreating knight. A grin peeled along the monster’s muzzle, wide, white, and sharp. Fire ignited as its eyes turned to slits. Flaming saliva dripped, long and hot.

The dragon bellowed and lunged at Sir Giliam.

Patsy glanced up to the cave entrance at the ominous sound. He had been focused on his paring knife and block of cheese, dreading the miserable hike back down the mountainside, over the littered trunks, to where the horses were tethered.

“What was that?” Patsy swallowed. “That roar sounded something like ‘I love my job.’ Why would that be? Sir Giliam, I don’t understand why you would roar. Are you there? Is that you?”

The hole in the side of the mountain spewed flame.

It was a white, hot, curling fire that engulfed the forest to Patsy’s left and he lurched up, dropping the cheese from his lap as the flames vanished from the entrance. The fire was soon replaced by gouts of steam roiling over the edges of the opening.

Beyond, in darkness, two orange eyes smoldered, swayed with a rhythm, and grew large as the craggy head of a dragon slowly began to take shape.

“That’s not supposed to happen!”

[Why does everyone keep saying that? I sent that memo with the rule change ages ago. I used a fancy header and everything. Don’t people read anymore?]

January’s Fantasy Faction writing contest was all about breaking the fourth wall in your story. Oh yeah!