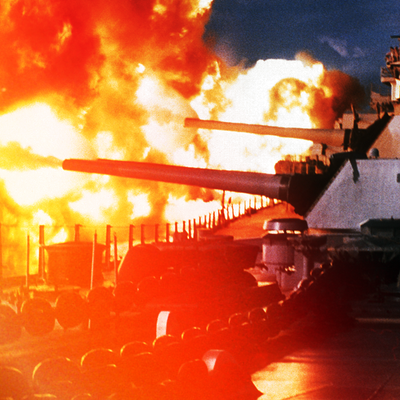 Helmet secured, the diver vanished beneath the surface of the water as he pulled himself along the body of the black dragon. A fresh lashing of ropes and hanger bolts, barely visible in the twilight, traced a path to the underside of the floating remains.

“He’s retrieving it from underwater?” Dr. Nina Fleming, having finally been allowed on deck, pushed back a lock of red hair as she stood at the rail, watching the foam swirl where the diver disappeared.

She’d heard the battle had been short and fierce, but ultimately, the large caliber cannons had brought down the creature. The dragon had launched into the air from the volcanic island, and strafed the ships in its path with fire while naval gunmen peppered it with the smaller anti-aircraft guns. Eventually, several 30-centimeter rounds from the primary cannons had ripped holes through the beast, its armored hide resisting like so much balsa. It had fallen, splashing into the waves.

Rough measurements showed it to be the largest dragon discovered in the twenty years following the first reports. Despite all their furor and study since, scientists couldn’t agree on why the beasts had started roaming the world, as there was no reliable record of them ever having been more than myth. Regardless of the hoax debates, their existence had been begrudgingly accepted.

But even this, the most massive predator in history, wasn’t equipped to defend against the weaponry aboard this modern battleship. The dragon had not achieved any lasting impact as the sea water and some 40 centimeters of steel armor had prevented a large portion of the fire damage. Once the sailors’ fire-fueled shouts had died down, the relatively few on the main deck who were injured now rested in the ship’s infirmary, their burns receiving attention mere minutes after the attack. She marveled at the efficiency. The tidiness.

“We have the finest salvage team in the Navy on board.” The Master Diver pointed to a stiff hose as it uncoiled and extended, following his man into the ocean. “They’re like Rembrandt with those arc welders.”

She recrossed her arms. “And, what about when he accidentally ignites the heart and flash-boils everything in a five kilometer radius?”

Bright flashes of light flickered at the body’s edges and the water seemed to lap at the warmth. The waves bubbled and churned a cloudy red, backlit by the diver’s welding torch. Lifting her eyes to the horizon, Nina found it difficult to tell if the red-washed ocean was due to the sunset or dragon blood.

As the only dragon discovered in the past three years, the enormous corpse bleeding out in the water likely belonged to the last of its kind. At least the last of them this fleet would need to deal with now the area had been cleared.

Another light bloom, and she couldn’t watch anymore.

Turning away from the salvage operation, she stalked back to where her green-looking partner and fellow Dragon Recovery Agent leaned against the bridge superstructure. Sure he was bright and nice to look at, but he possessed no sense of discipline or what it took to succeed at this work. Irritatingly, someone decided he needed to protect her.

He wiped his mouth and looked up with watering eyes as she approached. Her first mission, and their first together, had been escorting dragon hearts with tanks and jeeps to the new DRA facility. She shook her head, remembering how much gentler that trip had been on his apparently tender stomach.

“I feel sorry for the poor sod who’s going to have to swab this deck.” He made the mistake of glancing down, and dry heaved. “Man, the galley porridge looks the same coming back up, doesn’t it?”

“Probably tastes the same, too.”

Nina scowled at him. “Are you quite done? We need to find the Admiral. This operation is a travesty. They’re taking every opportunity available to destroy that harvest.”

“You know what I meant.”

“This is your first field assignment, isn’t it?”

“Fine. Yes, this is my first real field assignment. But I’m the leading expert on the extraction process. I’ve done hundreds of hours of simulated extractions in my lab. I even wrote—”

“This coming from the tough guy who just lost his lunch?”

“Hey now, do I look like some boat-loving fisherboy to you?” Frankie squinted, dropping his hand to the grip of his holstered .44 magnum. His palm smeared through sticky chunks of vomit, and he jerked it away, groaning. “Ew.”