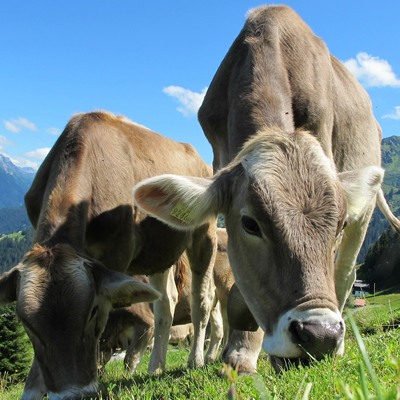 The broken lance skittered across the scorched earth and the knight wobbled, struggling to keep himself from the ground, but finally crashed over to his hands and knees. Exhaustion had stripped the remaining strength from his limbs.

But, he had slain the dragon.

Minstrels would write ballads of this day. Just as soon as he got back to the village and informed them of his legend.

He cast about for his mount, lost when he had been unhorsed during the dragon’s death throes. There was no braver animal, a horse that would charge dragonfire, yet sometimes … He loved Pugnacious, but the jackass probably galloped back to their camp for breakfast. Leaving him here, sprawled in the mud and wanting nothing but a slow, boring ride.

A groan yanked his attention to the massive creature draped along the rocky hillock behind him. Its earlier thrashing had not only knocked him from Pug, but also cleared the immediate area of trees taller than his broadsword. The monster’s chest expanded as it drew in a breath.

The beast yet lived.

Deep in his guts, the knight drew together bits of worn strength, and unsheathed his sword. He struggled to his feet and shrieked a final, wordless battle cry as he charged the dragon.

The blade sunk to the hilt into the horror’s exposed belly, and the dragon spasmed. The knight, releasing his grip on the broadsword, flung himself backwards. The last thing he needed was to be crushed beneath the flailing beast.

From where he’d tumbled to the ground, the knight glanced around for the source of the voice. Finding none, he replied loud enough for any speaker to hear, “The dragon wasn’t dead.”

“But I will be soon. Isn’t that enough?”

The knight’s head swiveled to face the beast’s, its eyes drooping, but open. He didn’t know dragons spoke. Or was this a trick?

“It’s no trick. Dragons are blessed with telepathy, among other talents.”

Curiosity pushed the knight to his feet, and he shuffled, slowly, in a wide circle, to where the dragon’s head lay, resting on a boulder. Its eyes closed again, while nostrils the size of a buckler flared with a humid exhale. The rush of air, thick with the scent of blood and moss, forced him to shield his face with his arm.

“Telepathy? Meaning you speak without moving your mouth?” Curious thing, this conversing with a dragon.

“Correct.” The dragon’s lips had not moved.

“A fancy trick. One that allows devouring women and children while laughing in their faces, I suspect.”

“Of course. If I fed on women and children.” The dragon erupted in a snort. “They’re naught but skin and bones. I crave fleshier fare.”

“I suppose that explains the rancher’s anger.” The knight shrugged, a dry smile twisting up the corners of his mouth. While still wary, he didn’t think this dragon a threat anymore.

“Well, I didn’t get this big by eating dandelions.” The dragon chuckled, and snorted in pain, splattering blood at the knight’s feet.

What was he doing? It was always better when your foes died in silence, leaving the illusion of evil easier to believe. Conflicted, caught between sympathy for this creature he’d conquered and his duty, he knew humanizing the enemy was a mistake. That he should walk away.

Instead, he said, “My name is Sir Gilliam.”

“No doubt a name soon to be repeated in taverns throughout the kingdom.” The dragon’s eyes opened, lolled, and focused on Sir Gilliam. “I used to have a name, long ago. But, you may call me Red.”

“Really?” Red’s eyes crossed, looking down his snout. Finally, he harrumphed, and winced. “I guess after all this time, it turns out I’m colorblind.”

“We’ll keep that between us. I’ll tell everyone it was because of your brilliant red fire.”

“You, Sir Gilliam, are most kind.”

The knight smirked at the praise, internally acknowledging he enjoyed the novelty of the conversation. “About that fire, if your goal was feasting on cattle, why raze their pastures, too?”

“Have you ever tried herding them? Dullest animals alive.”

This time, they both chuckled, the dragon flinching with pain.

“You almost make me regret slaying you, Red.”

“Another time, maybe. Under different circumstances, I could agree.”

“You seem very understanding about all of this. Have you no enmity towards me? The knight who slew you?”

“The circle of life is interesting, Gilliam.” The dragon shifted, tail looping around to settle near the knight.

“How so?” Sir Gilliam, glancing at Red’s tail, took a hesitant step backwards, still not entirely trusting this creature. Ready for an attack.

“For example, as my marauding days are finished, I can no longer keep the basilisks contained to the upper slopes.” The tip of Red’s tail flipped again.

“The what? Where?” Sir Gilliam’s attention snapped back, from the twitching appendage to their conversation.

“Do you see that mountain over there?” The point of his tail flicked west, toward the snow-covered peak. “I believe you humans call it ‘Whiteclaw’.”

“Yes.” He knew the mountain. It was treacherous. Local legend has it no one ever returned from its summit.

“There is a clutch of basilisks lurking among the cliffs, hunting what food they come across. Every few years, driven by hunger, several of them forge south, looking for a meal. Part of my duty was driving them away, sending them scurrying back to their caves.”

“And now, the village is going to have to push them back themselves?” Gilliam gripped the handle of his dagger, shifting as if he expected a basilisk to leap from behind a boulder any moment.

“Yes, but it’s not likely they can.” The dragon closed his eyes. “Swords and axes are ineffective weapons against their stony hides. But blasts of dragonfire are capable of destroying them.”

“Dragonfire, eh?” Sir Gilliam gazed over his shoulder at the smoke rising from distant chimneys. Imagining the people, safe in their homes where they were never really in danger from this dragon.

When he’d taken on the quest to destroy Red, the villagers had mentioned it’d never put flame to their town, only the fields. They had assumed once the cattle were all gone, the beast would eventually come for them.

The fools had not realized they only had to offer up the occasional cow in order to live in harmony with Red. In harmony, and safe from an even greater threat, because their reviled dragon had been holding back a tide of stony terror.

As if reading his thoughts, “It’s not their fault. They fear what they don’t understand. They don’t see the precarious balance. The circle of life. Not as you do.”

“Yes, but I’ve benefited from a chat they’ll never have. But, I can warn them. It will give the town a chance to prepare for the real monsters about to descend upon them.”

“But the question is, will you stand with the villagers?” The dragon’s eyes sharpened, focusing on him. “Will the brave knight fight the basilisks when they eventually come?”

“In case you hadn’t noticed, I haven’t any dragonfire at my disposal.” Sir Gilliam crossed his arms over his chest. “No. My quest was to slay the fearsome dragon, not all other horrors in the hills. I shall take my victory and move on. Fame awaits me in other regions of the kingdom.”

“Then I died for your legacy, and not your protecting the town.”

“No. Ten minutes ago, you were dying for both — my glory and the survival of the people in this valley.”

“Yet, now you know the truth, you choose glory?”

“Victory is what matters. That sounds impossible in the face of a score of basilisks.”

Shuddering, the dragon closed its eyes and was silent for a moment. Sir Gilliam assumed Red had finally gone.

An eye reopened, “I once thought as you do. That victory mattered most. In time, I’ve come to consider … the nature of this thing we call victory.”

The dragon continued, “For example, I am now released from my obligation. Doesn’t that make this battle my victory?”

The dragon’s tail flipped, hooking harmlessly around Sir Gilliam’s thigh before he could move, and Red growled, “As this curse was delivered to me, I now deliver it to you.”

The knight grasped at his leg, trying to pry it loose, but it was too late. The transformation had begun.

His body elongated, growing thick, scaly. Wings sprouted from his back, stretching for the sky. His neck snaked out, long and lean. Sir Gilliam stared at his tail. He had become the dragon.

“Your legacy dies with me. And my curse now continues through you. I am free.”

Red, now an exact duplicate of Sir Gilliam, closed his eyes for the final time, and died at the feet of the dragon.

Dragons were the theme for the Fantasy Faction short story contest for December 2016. Which begs a story about snatching defeat from the jaws of victory.