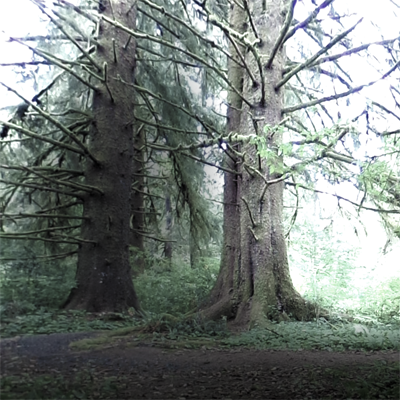 Water dripped in the darkness. The sharp rocks skittered away as Logen Ninefingers shuffled along the damp passage, nursing a twisted ankle. He was grateful for the injury, however, as it had been bouncing off walls that had saved his body from absorbing the brunt of the final impact. He’d fallen a long way.

Logen rounded a corner and a cool ocean breeze swirled around him. Up ahead, he could just make out sunbeams spilling across the stony floor. He’d found his way out. Freedom from this dark lay a short hundred paces beyond. Now, he just needed to avoid the Flatheads and get back to what was left of his Northmen.

They hadn’t been near an ocean. Where was that salty air coming from? Why was it an autumn chill instead of a biting winter cold?

Less than an hour ago, he’d been perched on a ledge, clutching at the rock, waiting for the Shanka patrol to come around the bend. The loose outcropping below his left foot had given out and he’d fallen, bouncing down the face of the cliff. He’d hit the snowpack and punched through, scraping across rocky earth as he tumbled into a crevice. He was already long forgotten. Assumed fallen back to the mud.

Why did this keep happening to him?

He moved cautiously up where he could peer around the corner, squinted, and struggled to make out the landscape beyond the opening. Tall pine, lightly dusted with snow, thrust up into a cloudy sky creating a patchwork of dark earth amid stark white frost.

It felt like high summer in the North instead of what it should be — The thick, crusted snow drifts of early spring.

Suspecting spirits at play, Logen eased the Maker’s sword at his hip and lurked at the cave opening. He wanted to sit and watch for a while. The world had obviously slipped out from under him.

That was when he saw her.

A chestnut-haired woman plucked her way among the trees, wholly engrossed in her own thoughts. But, It wasn’t her beauty that entranced Logen. It was her clothing. She must have been a city-dweller because she was swathed, head to toe, in form-fitting leather, soft canvas, and what looked like heavy silks, all dyed or painted in strange colors. The quality was like nothing he’d ever seen. Not in Adua. Not in Aulcus.

Grunting and shaking his head to clear the curiosity, Logen stepped out from the cave. The questions crowding his mind needed some answers and this woman looked as if she wouldn’t stab him for asking her for a few. He noisily crunched out onto the path in front of her, loud enough so as not to startle her.

The woman’s head jerked up and she shrieked. Loud. She covered her head with her arms and collapsed, into a pile against a nearby pine.

Logen dropped to the ground, rolled protectively toward her, and leapt up, Maker’s sword in hand, roaring and ready to slay whatever foul beast had been behind him. Whatever monster had terrified her.

At that moment, Logen decided he hadn’t really thought his plan through. What did he think would happen when she saw a hideously scarred, smelly, fur-covered barbarian stomp out of the bushes and onto the path in front of her.

Wincing, he lowered his weapon and turned to apologize for frightening her when a heavy mass of fur and claws blasted him to the ground.

The two forms rolled, swinging and swiping and slashing. Logen shifted to his back and bunched his legs under the snarling monster. He grimaced at the weight on his ankle, but launched the beast over his head.

Cut and bleeding, Logen scurried across the sticks and gravel, struggling to reach the Maker’s sword. His hand closed around the hilt and he brought the weapon around, waving it threateningly at the creature. The distraction allowed him time to scramble up in a crouch.

The beast slowed and circled, eyes locked with Logens. It wasn’t a bear. It was the largest wolf he’d ever seen, covered in rusty-brown fur. Standing there on all fours, it was nearly as tall as himself. He found himself wishing it was a bear.

With his free hand, Logen explored the long gouges across his chest from where the wolf had tried to disembowel him. Blood streamed down and across his torso. He needed to end this fight before he ran out of blood.

That was the wrong thing to say. The wolf lunged at him, jaws wide and searching for his face. Logen barely had time to get his sword up and between them before they thundered to the ground, woven together in a dark tapestry of death.

Logen grunted and pushed the wolf to the side. They’d hit the ground hard, the force driving the Maker’s sword through the ribcage and out its back. Bits of heart muscle slid free from the tip and warm, wolf blood streamed down the hilt.

Rolling away from the dead wolf, Logen staggered to his feet and wrenched his blade from the boy’s body.

As he watched, transfixed, the wolf contracted. Slimmed in shape. Shrunk down to the size of a well-muscled youth. Barely older than a child, but with a gruesome hole in his chest.

“What magic is this?” Logen stumbled back in disbelief.

Spinning, Logen’s gaze flicked around the snowy glade, searching for a quick exit before any more wolf men showed up. He had killed one, but wolves usually ran in packs. There was no way he could fight more than one of these monsters. You had to be realistic.

That was when he spotted them.

Half a dozen figures appeared, circling him and the girl. Pale, beautiful people, standing quiet. Still. Eerily watching in the winter’s stillness.

“It’s okay, friend.” The voice was soft, close by. A whisper. “The werewolf is dead.”

Logen spun again, struggling to find the source of the words. He should just leave. Sprint for the cave.

“What’s your name?” A light hand touched his arm, and Logen grabbed the wrist, whirling on the owner, he brought the magic-wrought sword crashing through pretty man’s shoulder.

The blade carved through the him, splitting the boy from right clavicle to left armpit. It had met little resistance. Like crashing through a still-warm loaf of soft bread. The youth’s head and left arm slid to the ground, splattering messily at his feet with the rest of the mud and blood.

From her spot, still by the tree, the girl cried out, “Edward! No!”

The others, no longer content to watch, rushed forward, hunting for an opening to attack.

A blond woman snarled, showing off sharp teeth set in an exaggerated, sparkling face. These were monsters too. He froze. He should have run earlier. He should have stayed in the cave.

Still propping up the rest of the boy by the arm, the sunlight bouncing off his flesh, Logen felt a familiar surge well up in his chest. These people should have left him alone. The boy should never have touched him.

These small, pretty people glittered. Sparkled. Shone beautiful in the forest light. The Bloody-Nine hated beauty. He hated these soft bastards, twinkling and hissing at him like angry little harlots. Mad he’d played rough with their friend.

The Bloody-Nine laughed at their bared little teeth and lifted his own tooth, long and bloody. The Maker’s sword. He tossed aside the limp body and stomped the boy’s head into the ground. Back where sparkly things belonged. Back to the mud.

They would learn. He would teach them.

In the distance, a wolf howled. Then another. It was time to make corpses. They were all corpses. They just didn’t know it yet. He’d add that to their lesson for today.

Logen groaned and pain wracked his body. He lay in a pool of his own blood. At least, he thought it was his. Glancing around at the carnage, it might not be.

He decided the pale ones were vampires. Especially considering they’d kept trying to bite him. The Maker’s sword had sung for their flesh.

He willed his body to stand and walk, but only succeeded in crawling. His twisted ankle was now broken. His other leg, ravaged by teeth. Hopefully, not teeth that would cause him to turn into a werewolf. Or a vampire. He’d heard the stories.

So be it. If standing was out of the question, he’d crawl back to the cave. After all, you had to be realistic about these things.