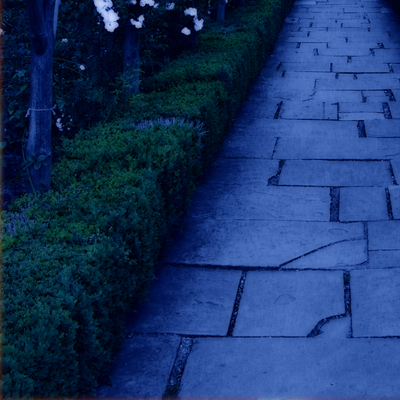 She smashed to the flagstones, the crack of breaking bones resounding through her skull. The echo was terrible. Her legs shattered, pain exploded, and she nearly cried out.

Nearly. But I didn’t.

Arix had tumbled from a fourth floor ledge outside Magister Veaso’s mansion. She laid there, prone, fractured legs on fire, and watched her companions continue inside the window through a haze of misery.

Her vision, swimming a moment, finally straightened. I have this. Deep breaths. Slow deep breaths. She’d been so quiet and the fall was so far, she couldn’t be sure if her fellow assassins knew she had fallen.

Dammit. I’m usually more careful. She’d doomed their mission because she fell out of a window. Who does that?

She glanced back up at the lonely, swinging casement. I do, apparently.

Arix steeled herself and tried to sit up. Shock arced up her arm. She stiffened, and crashed to her left, her wrist giving way in another spike of pain. Her head swam again and blackness threatened to overwhelm her.

Another deep breath and she flexed her fingers, probing with her right hand for damage. It was her left wrist. She discovered at the least a severe sprain and, at the most, it was broken like both of her legs.

She rolled over from her side to her back, still breathing deeply, and forced down the agony. Smothering it came easier this time with the anger of failure leaping to replace the pain.

Not only did she fail as the group’s designated eyes, but now she couldn’t abort and flee with them when the lack of a lookout compromised the mission. Discovery, for her, was as inevitable as the magister’s morning walk in the garden.

I can see it now. I’m going to be lying here, all smiles and sharp, protruding bone, “Well, hello. Would you mind helping a lady up? What? No! Of course I’m not here to assassinate you. Yes, that hurts. Ow. Please stop kicking me… . Ow. Ow.”

Arix laid back, head resting on the cold stone, and closed her eyes. She let out a sigh, long and windy enough to fill a mainsail, and wondered if this was going to end poorly. Hell, who am I kidding? This has already ended poorly.

And where were Kwoam and Reese? They should have aborted by now, or at least noticed I’m not with them. The pair should have been dropping down along the outside of the building and clambering over the wall. That had been the plan.

A noise caught her attention and she stretched, head facing the wooden gate joining her garden and the inner courtyard. It was still closed, but she heard a creature pad over and snuffle at the gaps. Am I really going to be mauled by a dog, too?

A heartbeat later, a sharp bark.

Arix jerked up. I’m going to ram my sheared off femur into that dog’s… . The pain slammed into her. After nearly vomiting, she immediately regretted flinging herself up. She uncoiled, relaxed back to the ground, and started working on her breathing again. In. Hold. Out.

In search of a distraction, she turned her head to the side and saw flowers, off the path, down by her hips. They looked soft. It would have been nice to land there instead of on this slab.

And they were pretty. She thought they were white carnations, although in the moonlight, they were tinted the barest blue. Under a full moon, Arix suspected they would have been a more contagious, blazing white. At the moment, however, they appeared cold and lonely.

Some of the flowers were streaked with purple across the petals. A bit of the purple dripped to the ground. Ah, it’s blood. My blood.

She looked down at her legs and noticed a dark pool forming beneath her left thigh. The jagged bone protruding from the flesh helped to explain why her body threatened to black out every time she moved. At least my right leg was kind enough not to let its bone poke through.

She must have landed awkwardly, her left side absorbing most of the force. Gritting her teeth against the pain, she pulled off her belt using only her good hand. From there it required a collaboration with her elbow to wrap the belt around her upper thigh as a tourniquet. It finished loose and sloppy, but she wouldn’t bleed to death for a while.

It didn’t matter because she was still going to die.

Worst-case scenario, the other two would flee and Arix would be discovered in the morning. She’d be sprawled in the garden, dressed in black with a soot-painted face, and bristling with sharpened steel and poisons. If Magister Veaso was dead, they would know she was an assassin and she’d be killed. If their mission had failed, the magister would assume she was an assassin and have her executed on the spot. Or, more likely, tortured first. Best-case, she’d quietly bleed out in the night, avoiding the indignity of dulling an executioner’s axe.

It wasn’t exactly how she’d imagined the night ending. She and Kwoam had been sitting in the Pity and Bile weeks ago. He had seemed excited. He never seemed excited.

“We have a job,” he had hissed through his grin. It had been months since their last and they were almost out of money.

“What kind of job?” she had replied.

Excerpt from an unpublished short story to be submitted to the Clarion Workshop.