The Explanation is Simple 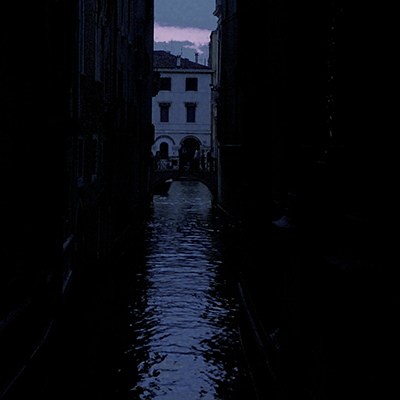 “He’s using Sorcery. He has to be. How else do you explain his fish?”

Meach Bael realized he was yelling. He stood at the mouth of the alley and pointed at a bobbing fleet of fishing ships in the harbor. He looked back to his wife and his disgust melted. He could barely see her, but he knew she was there. She was another shadow in the moonless dark between the buildings.

He spun and stalked back to the alley his wife had recommended for this meeting. She was brilliant.

This was the perfect spot. Just in case anyone came upon them in the dark, there was a tavern up the street. It made for the perfect excuse. They were just a husband and wife, walking home from the tavern by way of the wharf.

“We have the largest fleet in the city. It’s twice the size of Tol Pai’s, yet he brings in three times the haul. His decks overflow with fish. He’s spellbinding them. There’s no other explanation.” Meach was pacing back and forth in the alley, waving his arms, back into a fury.

He stopped and turned to his wife. “It’s like he’s magicking them into his waiting arms!”

“You’re scaring me.” She was huddled against the wall, quivering. “This makes me nervous.”

His heart sagged. She was usually so strong. It hurt to see her this way. He knew she could do this, but he needed to make sure Nakla knew it too.

“It will be fine, my dearest. It will go exactly as we planned.” Meach slid over to Nakla and wrapped his arms around her. He pulled her away from the clammy bricks and into his warm embrace. She seemed to relax.

“Would you rather go back to the manor?”

She looked up at his face and touched his cheek with a gentle fingertip. “I need to be here. I’m part of this too.”

Nakla looked out to the ships moored in the harbor. Meach stroked her hair.

“Do you think he’s even going to show?” She nestled into his chest.

“Of course. He comes highly recommended. He has a sterling reputation.”

“And you’re okay with this? Morally, I mean.” She shuddered in his arms. He thought her nerve was going to falter.

“Yes.” He lifted her chin and looked into her eyes. “Though, it’s not about morality. It’s about the survival of our family. This needs to be done.”

Meach bobbed his head back towards Tol Pai’s looming fleet. “If you are questioning your nerves, simply think about the vile demons he is working with to reap the sea. It’s unnatural. It’s unholy. If we don’t stop him, we’ll have to start selling our ships. He’s destroying our livelihood.”

He looked deep into the dark wells of her pupils. “And we’re purging the world of an evil.”

“Am I interrupting one of those special moments?”

The voice was low and husky. It was as if the man now standing between them and the alley mouth was disguising his voice. He was tall and broad. He was cloaked and hooded. He was dark and imposing in the starlight.

Meach stepped forward, between his wife and the man. He pushed Nakla further behind his back to shield her from the assassin. She made a small squeaking sound.

He needed to put forth an air of superiority. He needed to make this man understand who was in charge. Meach was used to moving among tough and leathery types, giving them orders, expecting them to obey. This was no different than talking to one of his veteran sailors. He’d earn this man’s respect.

“My apologies.” The assassin ducked his head in deference. “I needed to make sure the alley was secure first.”

“Of course it is. That’s the reason we chose it.”

“We need your help with in getting rid of a dangerous man. We need —”

“Your name is Meach Bael, is it not?”

There was a snapping sound as the assassin’s cloak parted and a stubby, broad sword flashed out.

Meach felt a line of fire run across his throat. His voice failed. The world lurched sideways and spun in front of his eyes.

He heard a thump and everything jarred to a stop.

The street was tilted. He was looking at the assassin’s boots, but they were at an odd angle. He saw his own headless body crumple at the man’s feet.

This wasn’t even a strange job for Chyt.

He looked down at the dead man’s head as it rocked to a stop. The rest of his body finished its awkward slump to the side. The woman, sprayed with her husband’s lifeblood, eyes blown wide, looked to faint at any moment.

He hadn’t even been surprised when Tol Pai had hired him to kill the fisherman. Merchants and nobles were always using his skills to get ahead. No, the oddest part of the job was the woman.

She stood there, shock painted on her face as blood dripped from her chin. Her mouth, open in terror, slowly closed and a disturbing smile spread across her face. Chyt was used to gruesome. This was something else.

“That was well done.” She didn’t bother to wipe away the blood streaming from her chin or soaking through her blouse.

“This seems… complicated.” Chyt stabbed at the corpse with the toe of his boot. “Wouldn’t it have been easier to just poison him? Like everyone else?”

“And instantly become a suspect? Just like every other wife does? No.”

Chyt shrugged. “He told me you’d have the gold.”

She stood there, staring at him for a heartbeat too long, covered in gore and lost in thought.

Nakla bent over and pulled a coin purse from her dead husband’s tunic. She tossed the gold to him.

Chyt snatched it out of the air. It felt about right. He glanced at her as he pocketed the purse. She was still grinning joyously. It was starting to make him uncomfortable.

“Now, if you’ll excuse me, I have a lover to marry and a fleet to merge.”

He lifted a single eyebrow.

She opened her mouth and started shrieking.

She was staring at him with dead eyes. Staring with dead eyes and wailing at the top of her lungs. Chyt was about to lop the head off the crazy whore too when she bolted. She sprinted, full speed and still screaming for everything her lungs could muster.

Chyt stepped back against the alley wall and watched as she stormed up to the wharf’s only tavern. It was two blocks away. He decided it was time to make his own exit and started jogging back up the alley, back the way he had come.

All of this complicated plotting, double-dealing, and demon-merchants. Sometimes, the real reason for betrayal was the simple one — Love. Or more likely, Crazy.