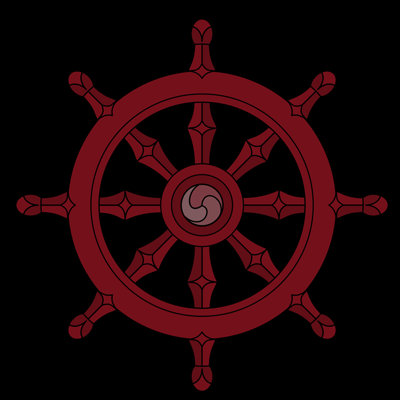 “He bwoke my fucking nothe.”

“And you sound like a fucking idiot.” Karla toed the body lying on the stained carpet in the apartment building hallway. “Did you need to kill him?”

“Are we sure? I suppose he might recover from your knife. Buried to the hilt. In his eye.”

Her partner, Dallas, leaned his head back against the wall and groaned, bloody fingers gently probing his nose and gums. “Ow. Didn’t have to ewbow my fathe. Bathtawd thouwd have jutht come quietwy.”

“Shut up. I can’t understand a goddamn thing you’re saying. And stop getting blood on the fucking wall.” Karla gestured to the dead man’s apartment door. “Grab his arms and help me get him into the fucking room before every goddamn cop in Chicago shows up.”

She dug in the dead man’s pockets, found a set of keys, and within moments they were inside his apartment.

“Bathroom’s over there. Go wash up.” The place was small, but tidy. “And don’t get your mess all over. We’re already going to have to pay the Sorcs a small fortune to clean this up. I don’t want to add any more than we have to.”

“And leave trace evidence for the Witchunters to follow?” Hands on hips, she stared down at the corpse on the tile floor and shook her head. “No, idiot, there’s a reason Boss Harl makes everyone use sorcerers.”

Dallas exited the bathroom, looking much cleaner, but like someone had taken a tire iron to his face. “But, we dohn have the money. Ethpethiawy now that thith fuckehw ith dead.”

“You think money matters to me?” She flung her hands out to the side, incredulous. “You and I are going to end up on store shelves everywhere after a visit to Harl’s dog food factory. Our only chance is to figure out where this asshole hid the Tome of Archons.”

She squinted and crossed her arms, “For reanimating this guy? Why are his prices so cheap?”

Shortly after 10pm, their shiny SUV pulled up to the mouth of a dead-end alley on the South Side of Chicago. Karla, from the passenger seat, peered into the darkness, barely able to make out the hard lines of dumpsters and the more organic piles of God-only-knows-what-else. Even the curb-side buildings were covered in ominous graffiti spiraling like a warning sign, shooing away the curious.

“We’uh heuh.” Dallas shifted into park and turned off the car.

“Are you fucking kidding me?”

“Nope. You wan’ed theap. Get out and gwab hith feet.”

“I swear, if this goes south, I’m leaving your ass and getting on the next bus to Topeka.”

They popped the back hatch and grabbed the body from where it lay, wrapped tight in a floral-patterned comforter. Grappling with the upper half, Dallas led the way down the alley, Karla waddling along behind, the dead man’s knees cradled in her arms.

After splashing through puddles and dodging sleeping forms she only hoped were human, their little procession stopped at an unmarked, steel-barred door.

Pinning the corpse’s head in an unnatural position, wedged between the doorframe and his thigh, Dallas jabbed the buzzer on the wall with his thumb.

“Man, I can’t understand a word you’re saying. Get the hell away from my door, you bum-screwing hobo bitch.”

“I can’t wait until that swelling goes down because you sound like an asshole.” She shifted her part of the weight. “He said, ‘Hey Billy, it’s Dallas. We need your services.’ Or something like that anyway.”

“I don’t know no goddamn Dallas.”

“He says ‘It’s Dallas from that shit in the sixth grade.’ Or maybe, ‘shivving the six gays.’ Jesus, I don’t know, man. His nose is broken and my arms are getting tired from holding this dead bastard out here. Just open the fucking door and let us in.”

Moments later, there was a buzz and a click and the door swung open.

“Dallas! C’mon in, man.” A skinny black man in a stained wife-beater opened the door. “Wow, you look like shit.”

The group pushed in through the door and dropped the body with a thump in the middle of the filthiest apartment Karla had ever seen. She watched three rats haul away what she assumed was debris for their nests among the piles of refuse and rotting food. A thin, cleared path, which led from the door, to the couch, to the kitchen, was under threat of being buried in a garbage avalanche. And the smell. Fuck me.

“Ew! Don’t put it there, man.” Billy was pointing to the body. “This room is just for the cops and tourists. Follow me.”

He walked into the kitchen, closed his eyes, and laid a palm on the refrigerator. The entire thing slowly descended into the floor, revealing a stairway behind. They trudged and stumbled down the brick steps, carrying their load, and looped back beneath the garbage parlor.

This area was more like what she had expected, a large room with a couple medical gurneys, and shelves with a mix of alchemical ingredients and high-tech gadgets lined the walls. While maybe not sterile, it was certainly tidy.

“Put him right there.” Billy pointed to one of the stretchers.

Karla and Dallas heaved the body onto the padded surface and stepped back, tired and breathing hard. She was thankful to be done dragging the heavy bastard around.

After briefly inspecting the body, checking pupils and pulse, Billy folded his arms and glanced from Dallas, to Karla, and then back to Dallas.

“We have money.” She pulled out a fat roll of twenties and thumped it down on the corpse’s chest.

“But we don’t need a full resurrection. We want the cheap one.” She looked to Dallas and he nodded back. “We just need him to help find … a certain item for us.”

“I see.” Billy took a couple steps toward the cash, stretched out and snatched it up. “I have just the thing, and it looks like you’ve brought just the right amount.”

Before Karla could protest, he had scurried over to the shelves and was pushing among the jars. “This will be perfect. Exactly what you need.”

After an age of digging and mumbling, he finally came away with a syringe and a fat vial of dark liquid. “Best part? This should only take about twenty minutes for potency.”

Billy worked the plunger on the needle, pulling the serum into the reservoir, then jabbed the tip viciously, straight through the comforter and into the dead man’s abdomen. A strong push and the syringe was empty.

Satisfied with his work, Billy tossed the used needle into a nearby bedpan. He glanced a the two of them, gesturing to some modest chairs, and said, “Can I get you guys a beer while you wait?”

After Billy strutted out into the adjoining room, Dallas leaned over and whispered into Karla’s ear, “We’hw hawe that tome by mohwning. Bothe Hawhe by aftewnoon.”

“I hope you’re right.” She wasn’t kidding. She hoped for all three of their sakes. Billy was part of this now.

The group was halfway through their beers, still chatting about sixth grade, when the covers shifted, the body beneath moaning and growling.

“Here we go, man.” Billy grinned as he stood up out of his chair. “Another satisfied customer.”

The covers flipped back and a head popped out. Two big brown eyes stared at them, framed by long floppy ears and lolling tongue.

“Yeah. I figured a bloodhound would be the most useful form to take in the reincarnation process. Especially if you wanted to find something.”

The dropped beer bottle rattled across the floor, splashing beer everywhere, but Karla didn’t see it. She was already up the stairs and pounding down the alley with plans on catching the 11pm bus at 74th and Damen.

The Fantasy Faction short story contest for October 2016 was about corpses — not zombies. I went for the Chicago back alley fantasy flavor.