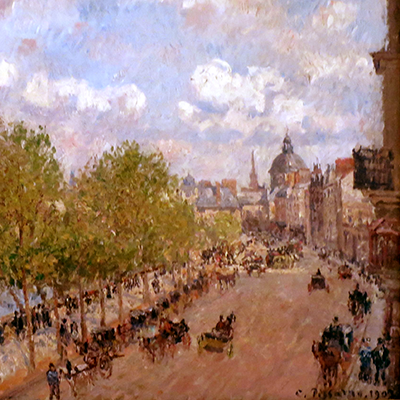 Abis covered the corpse’s left eye and nose with her boot and pulled. The handsome face sagged under her foot as she slid the knife free, leaving a soggy hole where it’s right eye had been. Good throw.

She stood up and grabbed a different, jewel-encrusted dagger from her pack. The gaudiness produced a frown as she flipped the ugly thing in her hand. She didn’t think she could hit an elephant with this one.

Squatting back down near the corpse’s head, she grabbed the gilded hilt with both hands and shoved. Then shoved again.

It mostly fit back into his face.

Abis gathered her few things and climbed out the window. The ledge of the adjoining building was a short jump away and she cleared the distance easily. Soon she was sprinting along the tiles, dodging jagged stovepipes.

Ten hopped rooftops later, she was barely breathing hard when she finally stopped and pulled a brass object from her pouch. She was still getting used to the palm-shaped device as she fumbled at, and finally thumbed, the catch on the side. There was a stuttering whir, the top slid back, and a small ghostly figure flickered to life above the opening.

“Success, I presume?” The figure was staring at Abis, arms crossed, brows drawn.

“Of course.” Abis rolled her eyes. “You expected me to fail, Chiliarch?”

“Not expected, just wouldn’t be surprised. You hadn’t checked in for a while, and Suarnet had —“ The Chiliarch’s shoulders stiffened as he clasped his hands behind his back. “— a reputation, shall we say?”

A corner of Abis’ mouth sneaked up. “Yes. He was certainly easy to admire, but my first love is and always will be my job.”

“Yes. Well, your job requires more love, I’m afraid.” The Chiliarch’s brows drew down further, deep furrows appearing in the specter’s forehead. “We already have your next target and it’s there in Paris, so don’t leave. Some unknown illusionist is using their power to promote propaganda against the state.”

This time, both corners of her mouth turned up as she grinned. “I actually saw one of the displays yesterday in the Place Charles de Gaulle. They had replaced the Arc with a pretty convincing depiction of President Breaux. It appeared accurate. Especially when he took off his —“

The figure coughed, interrupting her.

“Not yet. We don’t even know if the illusionist is a man or a woman. Just stay local and I’ll reach out to you when we have more information.”

The floating image of the Chiliarch flickered again and vanished as the lid on the brass device closed up.

The little wood chair in front of the cafe was stiff, but at least it afforded Abis a charming view of the Seine. The breeze was cool, but not uncomfortable, and she had a perfect cup of bitter tea. There were certainly worse ways to spend a morning.

If only she wasn’t working.

She had a small nest egg set aside for when she retired, but Abis knew she wouldn’t get the chance to use it. You didn’t retire from her job.

Sadness touched her eyes. At least, not in the way most people do.

A sensation prickled like a meshweb weaver dancing across the back of her neck and her senses flared to life.

Appearing to stir her tea, she lifted the spoon just high enough for the reflection to show a man, two tables behind her, studying her. She propped the spoon against the saucer, shifted her right boot to loosen her throwing knife, and watched his reflection.

The man turned his attention to something in his lap Abis couldn’t see. Then he looked back up at her. Then, down at his lap again. What was he doing?

She decided to see.

Picking up her teacup and the jacket from the back of her chair, Abis glided casually, loosely to the man’s bistro table. She sat down. His eyes followed her every sway and his mouth hung with anticipation as she set her saucer on the table linen. He smiled and lifted a small notebook from beneath the table.

“You have a beautiful soul.” He showed her the illustration he’d been working on.

It was an image of her back. Well, mostly her jacket hanging over the back of her chair.

He tilted the charcoal scene, and it shifted. It coalesced. Swirled.

The rippling form of her jacket and hair transformed. A powerful tigress stalked her little table, roaring in thick-muscled silence, tail swept skyward. More shifting and the image was again the back of her chair with her hair blowing slightly in the breeze.

“You’re an illusionist.” She tried not to let his skill impress her.

“I am. And so are you. It radiates from you, pulsates, and fascinates me. Who are you?”

“My name is Abis Marineau.” Why the hell did she just tell him her name? “Yours?”

“Rous. My name is Guilhelm Rous. Will you have another cup? Maybe spend some time with me?”

“Sure. Why not?” She flagged a waitress and pointed to her cup. “What do you do, Mister Rous?”

“I expose truth.” He sipped his coffee. “The world is too sleepy. Lulled by the mundane. There is magic in this world, if only we’d embrace it.”

Abis snorted. “The world is well aware of magic. It’s on display in every theater and museum.”

“But you are. And so is this piece of lettuce.” He fished a bit of romaine from his sandwich.

She laughed. “You’re comparing me to lettuce? Really? How romantic.” When was the last time she’d truly laughed?

“I am. Watch.” The plain piece of lettuce rolled, curled into a ball and split open. The green peeled back and folded open, forming a bright orange butterfly. It swished it’s fiery wings and lighted into the air.

“Lovely, but illusions don’t last.” She watched as the butterfly became lettuce again, flopping to the table. Incredible. He has the ability to temporarily alter one physical object to look and act like another.

“Exactly.” His blue eyes met hers. Deep. Intense. “The illusion you have been hiding behind will eventually fall free.”

“And I’ll go back to being lettuce?” She stared at him, finger tapping smirking lips.

Guilhelm grinned wide and they both laughed.

After an expectant moment, he glanced at her from the corner of his eye. “I was serious about your soul, you know. I see it.” He ran a finger around the rim of his coffee cup.

She looked back down at his notebook on the table between them. At the image on the page. The swirling predator, stalking freedom.

“I believe you.” She smiled at him. “Even when you compare my soul to a limp vegetable.”

He groaned. “Okay, okay. Like I said, my ability lies with exposing truth. Evidently, charm appears beyond even my substantial power.” He scrubbed his face with both hands.

Guilhelm’s hands stopped moving, an eye peeking out from between his fingers. “Really?” came the muffled response.

She laughed at his sudden enthusiasm. “Let’s not get ahead of ourselves. I said ‘I don’t know’ if you can be charming.” He was completely charming.

He dropped his hands to the table, leaned forward on his elbows, and lifted an eager eyebrow. “But you want to find out, right?”

Abis couldn’t help but laugh at him again. She leaned forward herself. “Maybe.”

The brass device in her pocket pulsed.

Her head swiveled, searching for any near and private space.

“I have to go.” She waved Guilhelm off as she clambered up and away from the table. “Meet me back here. Tomorrow. Same time.”

He stood, hurt draining his color. “What did I do?”

She kissed him, then ran.

Four blocks later, she found a secluded alley, dug the communicator out, and thumbed back the lid.

The Chiliarch’s visage slashed into view above her palm. “We have the illusionist’s identity.” The apparition turned and leaned, as if trying to check the alley for eavesdroppers.

“Don’t worry. I’m alone.” The cynic in her already knew her next target.

“Good. We’ve discovered his identity. His name is Guilhelm Rous. He’s a local artist and self-proclaimed advocate of ‘the truth’.”

But she had a solution.

“’Abis Marineau’. Watch out. She’s heavier than she looks.”

“I hate this job. I should be out in the field.”

“Quit grousing. Just grab her legs.” The two men grunted and heaved the body into the incinerator’s flames.

“You were right. Wow, look at her burn. It’s like she was made of firewood or something.”

“Yeah. That ‘Guilhelm’ guy was like that too. Strange.”