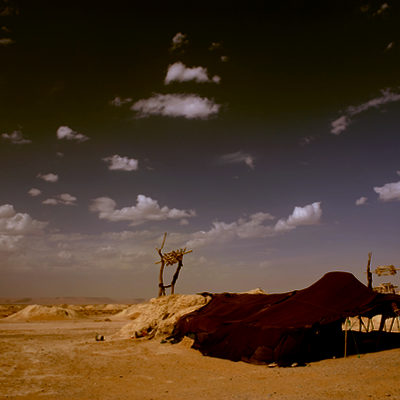 He crashed through the skins covering the door to the birthing tent. Joachim was out riding, chasing game on the steppes. He smelled of leather and horse. She loved that.

“They’ve taken our boy for the test. With how he wrestled me, he will surely be strong,” she said, laying on her back.

Joachim knelt by his wife. He stroked her eyebrow before gripping her hand. Smiling down at her, his eyes overflowed with pride.

“No one knows the strength of our son better than you, Light of my Stars, for no woman is stronger than you,” he whispered.

She smiled back. There were more miscarriages over the past years than she’d wanted to remember. Some of them had been harder than others, but this was the final one.

Something tore with her last push and there was too much blood. As a midwife herself, she knew something was wrong. She would not see the boy grow up and couldn’t bear to tell Joachim.

Her friend and fellow midwife pushed through the flaps and padded over to the couple, wringing her hands.

“It does not look good, Sheeba,” she said, nearly weeping. “From where I was standing, the Great Mother appeared saddened as she handed the babe to Elder Hammn.”

Joachim stiffened. He glanced down at Sheeba and then to the tent opening. She saw something harden in his face. After years, she knew by the way his eyes and jawline were set he was about to make a poor decision.

“Joachim, wait,” she said, holding his arm with both hands.

“Do not worry, Light of my Stars. I will return shortly,” he said as he pressed his lips to her forehead. He snapped to his feet and was out of the tent.

“There’s too much blood,” Sheeba said as she looked over to her friend. They were alone now.

The midwife hurried to where Sheeba was laying and pulled back a pile of blankets. There was blood. Far too much blood.

“This is not good, Sheeba.”

“The Great Mother has pronounced that your son is not strong enough to survive the upcoming winter. His heart is weak,” the village elder said, his voice heavy with sadness. “He must be cast into the Chasm of Judgement.”

“Oh Joachim,” she whispered. She died.

Elder Hammn stood stiff at the edge of the chasm, heartbroken sobs echoing around him. He dropped the child out over the yawning edge into the darkness and cried.

No one saw the outstretched arm barely snatch the child because it was impossible to climb down beneath the incline.

“You will be strong,” came a whisper cracking with lost love and newfound fury.