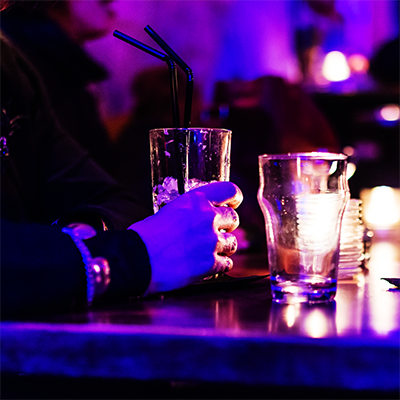 Gavin Dara was a scoundrel. He knew that. Even more, he’d worked for years to build his reputation.

Still, he didn’t have time to sit across from yet another fanboy. He was only in Coni for a quick rok shot in its cantina while the Swallow was fueling up.

Actually, the kid wasn’t that bad. He was the marooned type. The type of kid who was stuck on a backwater planet in an out-of-the-way quadrant of the galaxy. The type of kid working in a place exactly like Coni Station.

Gavin couldn’t blame him for gushing about sitting next to a famous space pirate. He thought it would be pretty incredible to sit next to himself too.

“Then what did you do?” asked the kid. He leaned forward, his elbows on the small table. His head was in his hands, eyes wide. Their two drinks were sitting in the space between them.

The kid was laying it on pretty thick. Playing the starry-eyed admirer. Gavin had seen this before. First came the over-the-top recognition and fawning. Next came the begging for the untold stories. Finally, it was the question.

Can I come with you?

Gavin wasn’t even sure how the kid had found him. Gavin had chosen the quietest table in the darkest corner for a reason. The kid was a natural sleuth.

“Well, kid. Like I said, there we were. Half-crashed on the dark side of Brella with our starboard engine a smoking wreck. This hulk of a cruiser class had just landed next to us, her forward guns still hot. That’s when Val shot out the hatch and…”

Blaster fire roared through the cantina.

Gavin flashed around in his seat, his hand immediately going to his hip blaster. Across the bar, the last bits of light were flicker-fading from a holo-costume. The nondescript human visage faded and was replaced by the Kozoth wearing it.

Gavin slowly turned back around to face the kid. He didn’t want to draw the thing’s attention. This was bad.

The kid sitting across the table from him was thinking same thing. Gavin had thought his eyes were wide before at space pirate stories. Now, they were the size of his fists. Both fists together.

“Where is Gavin Dara?” the thing snarled with enough force to send vibrations through the bar mirror.

Check that. Kozoth’s are terrible, awful, and soon-to-be painful news.

Most of that pain was due to a Kozoth being roughly the size of a space freighter and twice as armored. With their thick gray hide, they were impossible to kill. Blaster rounds ricocheted and bladed weapons bounced off.

The Kozoth was looking around the room. Its large, flat head and fangs rotated around a neck gnarled with cords of muscle. There wasn’t a wall in this place that Gavin wasn’t about to get smashed through.

Gavin kept looking at the kid. He lifted a single finger to his lips in an effort to keep the frightened boy silent.

There was a low and guttural growl and Gavin felt hot breath and spittle spattered on the back of his neck. Across from him, the kid was terrified and staring just above Gavin’s head.

There was the sound of splashing on the ground beneath the table. Great. The kid is polishing his boots.

Gavin inched his empty hands out to the side and slowly brought them above his head. He’d sung this tune before. With deliberate caution, he stood up and shuffled around to face the monster.

Taxxu roared. The force of his breath blowing Gavin’s hair flat. It snatched the blaster from Gavin’s holster with a clawed hand and tossed the weapon on the table.

“Hey man. I didn’t know she was your Chalisse. She was cute. Everyone knows you don’t like cute. Don’t you remember that hideous thing we found you with on —”

Taxxu snarled and lowered the blaster to let the barrel rest on Gavin’s forehead.

“Right. I’ll shut up now.” Gavin gave a weak smile, shrugged his shoulders, and turned his head to the side.

“Oh, hey. My drink. Can I at least finish my drink before you stomp me to a puddle?”

There was no give in the Kozoth’s hard eyes.

“It’ll make me squishier, ya think?”

Taxxu seemed to consider ‘squishier’. It smiled and pulled a knife with its free hand. A knife that could be considered a longsword in polite societies. Taxxu nodded to Gavin’s glass on the table.

“Right. Thanks.” Gavin turned and picked up the shot glass. He glanced at the kid. He was paralyzed. Useless.

“Bottoms up!” Gavin turned to face the angry Kozoth and sucked down the last of the rok in the glass. Gavin winked.

Taxxu snarled again and pulled back its knife-sword. It was going to power it through Gavin’s guts. The blaster was still leveled at Gavin’s head. There was an awkward, lip-split smile on Gavin’s face.

The Kozoth dropped both weapons and snapped its hands up to the sides of its massive head. It let out a devastating howl.

The monster collapsed to its knees and folded over onto the floor. It was still breathing, but appeared unconscious. Blood was dribbling from its eyes and ears.

“Welsh, shat wash closhe.” Gavin popped a small metal disk out of his mouth into his hand. He sucked a bit of leftover saliva off the device and showed it to the kid. It looked like a whistle.

“I just happened to have Val’s wombat call on me. Turns out, it’s the same frequency the Ozon Slave Traders use to control these beasts. I dropped it into the rok as I picked up my drink.”

Gavin kicked a toe at the Kozoth’s arm. It didn’t move. “I found that trick out the hard way. Remind me to show you the nasty scar I got for it.”

Gavin knelt down and felt for Taxxu’s pulse. “Still alive. But, man, the big guy’s gonna be pissed.”

There was a click and a soft whir behind him. Seriously, kid?

Gavin looked over his shoulder and saw the kid standing next to the table, Gavin’s pistol extended comfortably in one hand, business end pointed at him. The kid casually kicked off the safety.

Gavin turned and stood up. His hands raised up above his head for the second time in ninety seconds. It was a bad night. He frowned at the kid aiming the blaster at his head.

“Look who has the great Gavin Dara at pistol-point,” the kid said. “I was planning on simply subduing you. Then, I saw how you handled that monster over there and decided against it. I’m just going to shoot you. Keech’ll pay just as much for your dead body as your living one.”

The kid was a bounty hunter. Didn’t see that one coming.

“You were just eating it up.” The bounty hunter raised his voice to a squeaky pitch, “Gee Mr. Dara! You’re so brave! How did you ever get out of that jam?” He laughed, guffawing at his own terrible joke.

The bastard has a lot to learn about witty one-liners. Gavin was so irritated he almost caught himself looking towards the cantina entrance. He was able to play the slight dart of his eyes into a disappointing head shake.

“Now that I think about it, I probably shouldn’t shoot you in the face. Keech’ll want proof that you’re you and I don’t want anyone to doubt who killed the famous Gavin Dara.” The bounty hunter lowered the barrel to point at Gavin’s heart.

Gavin glared at the young man.

“What? Nothing witty to say?” Everyone in the cantina was staring at the two of them. It was still and silent.

A screech shattered the stillness.

There was a flash of movement near the entrance of the cantina and a streak of wombat fur raked across the muzzle of the blaster the bounty hunter was holding. The weapon ripped out of his grip and flipped into the air to near where Gavin was standing.

Fast, but Gavin was faster. He snatched his own blaster out of the air, catching it upside down with his left hand, the barrel along his pinky. He fired from pure reflex, his ring finger on the trigger.

The shot hit the bounty hunter’s own pistol sending it flying out of his hand.

“You whistled, Gav?” the flying wombat squawked as it settled on a table.

“Never monologue, kid. Not unless you’re playing for time. Or, obviously, unless you’re me.” Gavin switched his blaster to his right hand, barrel up, and aimed it at the bounty hunter’s face.

“I don’t even feel bad about this.” He pulled the trigger.