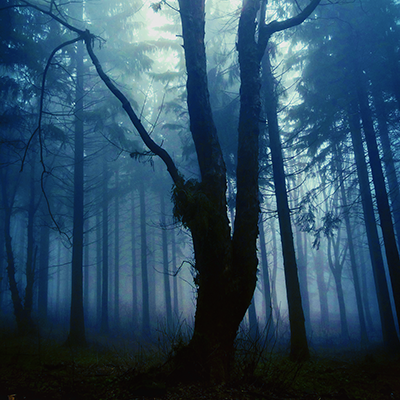 Sap swelled and snapped limbs as a harsh, wintry wind sheared through the treetops. The morning sunlight reflected painfully off the drifts, but did little for warmth. As she rested, clouds of steam surged from her lips, only to get swept aside by the next whistling gale.

Her stomach growled and there it was again. The flick of movement. The glint of a round eye. The twitch of a whisker.

She leapt. Snow and dirt erupted in a shower of debris.

Powder snow drifted in the wind as rocks and twigs rained down. A brown, earthy scar marred the whiteness where her target had been. Her stomach growled again.

There was no food. There hadn’t been for days. She needed meat.

She needed to find another bear.

The cave had been well-hidden and out of the wind, but that meant the snow was not able to pile in front of the entrance. She had found it.

The bear had roared and charged her instantly. She had swatted it through the air to crash into a pine tree. The bear had rolled to its feet, shaken, and stood on its hind legs for a second attack. She had reached down and snatched the animal’s skull in one massive paw and had torn it free.

She had fallen on the still-warm corpse with a ravenous hunger, tearing wolfishly at the flesh with fangs the length of the bear’s forearms. Most of the meat had disappeared in seconds.

That was when she had heard the cubs. The bear’s children had rushed her. They had charged from the mouth of the cave where they had been hibernating, snarling to protect their mother.

Heart sinking, she had fled.

In that moment, she could not have taken the cubs as the wolves had taken hers. Now, she was not as sure. Given the choice between another day of cold starvation or devouring bear cubs, the mother in her feared the finding of another cave.

The wolves were different. She longed to find the pack. She’d been hunting them for half a moon. She would feast, swift and ferocious amongst them, alphas and cubs alike.

Stacks of bones and piles of fur, torn earth and shredded trees. Violence and warmth would follow her vengeance.

Growls thundered from her empty stomach in response. A gust of wind hurled a flurry of snow in her eyes. Snorting, she shook her head and emptily padded on.

Nine heartbeats and she paused.

White fur flashed from the corner of her eye. She roared and pounced. Huge, sweeping claws again ripped up the earth surrounding the rabbit hole. Again, she was not quick enough. While no creature alive could pace with her in an open run, the darting speed required to spear a rabbit on her claw was beyond her. She was too large. Worse, hunger and weakness seemed to be making her even slower.

Another whipping gale froze along her rippling back. This one, however, carried a new scent.

That meant a man-village was nearby and men were dangerous. Far more so than wolves.

Even a full pack of wolves was easy meat for her. A pack of men, however, would destroy her. They posessed unending hordes of biting razors and sharp sticks. There was a reason she had lived as long as she had — She avoided men.

But, she was so hungry.

With the strength from one quiet cow, taken under the moon, she could finally catch and devour the pack of arctic wolves she’d been chasing all these long cycles. The men would never know. If she found any of the man-fenced grazing fields, she promised herself she’d wait until nightfall before she moved in and started plucking up cows.

She thrust her snout skyward. What luck! The man-village, the cattle, and the wolves were all in the direction of the rising sun. She might catch a wolf or two prowling around the man-village, and if she came upon a fat cow lost in the fields, she would snatch it up as she ran.

A rumble rolled from her belly up through her throat. Yes, cows were delicious.

Looking around at the destroyed rabbit holes, she scoffed and rustled the trees. Then she stood, confident, and started loping, the morning sun in her eyes.

After a league or two, the scent grew stronger and she slowed her pace. She was hunting. Quiet and careful. The wolves must not sense her until she was upon them.

Ahead, she spotted a small clearing. The facing sun reflected off the snow and it was difficult to spot the wolf moving about, rustling in a pile of small sticks. It was probably nosing around in a rabbit den. Hopefully, the wolf would catch the rabbit — That meant double meat for her.

There were no other wolves in sight. This one was alone, but knew others were not far. She found their faint scent blowing through the trees. A long string of drool dangled its way from her jaw to the ground below.

She was getting closer.

Her stomach rumbled. The wolf’s head popped up.

There was a strange smell coming from beneath the wolf, but it was about to dart. She didn’t have time to ponder whatever prey the wolf had taken down. Hunger pushed her.

She pounced, jaws snapping the wolf in half.

The fireplace flames in their little cottage burned low and the outside chill seized on the moment to seep in to Adax’s knees. He pulled the blanket tighter and wondered what was taking his son so long to bring in more firewood.

Irritated, he finally stood and stretched, working the imprint of the wooden chair from his bones. He looked at the empty hanging peg by the door, grunted and wrapped the blanket close, bracing for the cold outside.

Adax stepped across the threshold and out into the snow. There was a fierce wind blowing and the blanket did little to guard against the sharp cold. He followed Dav’s tracks in the snow from under the eaves and out to the small shed where they stored the firewood.

It was empty of both firewood and of his son, Dav. Worry niggled in the back of Adax’s mind. He pulled the blanket tighter and followed the small bootprints to the fence surrounding the cowshed.

As he walked, one of the milk cows nibbling the last of the shoots surrounding a fencepost lifted its head in the air. It snorted, whined, and trotted back to the safety of the shed.

The wind whistled again and Adax worried. Steeling himself, he started jogging alongside the boy’s tracks leading to the nearby woods where they typically had harvested their firewood.

“That boy should know better than to head out here in the cold by himself.” He tried to replace the growing fear with anger. “So help me, if he’s gone and torn my good cloak on some sharp branch, I’m going to use his hide for my next one.” But at least he’ll be warm, wrapped in the wolfskin.

A tree-shaking roar echoed with furious anger through their little valley. Adax stopped and covered his ears but still felt the rage-filled rumble deep in his own chest. After three heartbeats, it was followed by a wailing howl, long, slow, and mournful. The sadness drowned the shrieking wind before slowly dying along Dav’s tracks.

Adax’s face rippled with dread. His stomach lurched and he flung the blanket to the side. He wished he’d brought his axe, but whatever horror he was about to face, his own teeth and knuckles would have to suffice.